Delphi: The City of Apollo

The City of Delphi, is located on the southern tip of mainland Greece. The city of Delphi is located in a prime location, neighboring various Greek cities such as Thermopylae, Thebes, Corinth, Olympia, and Eleusis. The city is also located next to both the Aegean Sea, and the Ionian Sea. These two seas help to connect the city of Delphi to even more cities allowing for its rapid growth and expansion of trading. 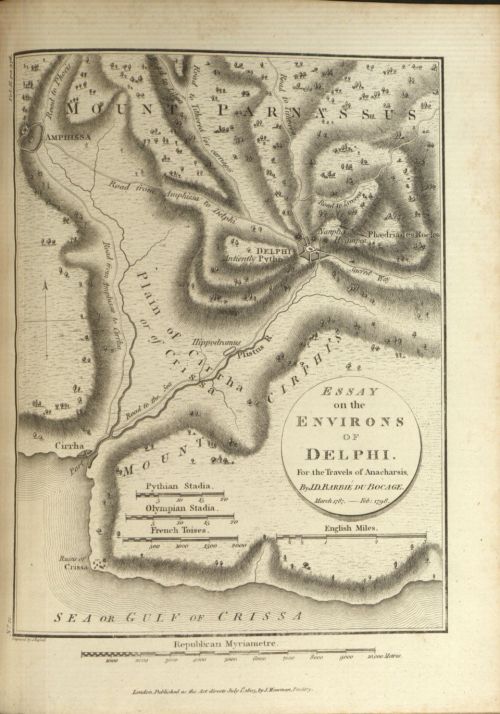 Environs of Delphi
From Travels of Anacharsis the Younger in Greece: Maps, plans, views, and coins, illustrative of the geography and antiquities of ancient Greece by Jean-Jacques Barthelemy (1806). Image CC-BY-SA Digital Library@Villanova University. http://digital.library.villanova.edu/Item/vudl:6530