An overview of historical artifacts, art, and sculpture of the ancient Greek city of Delphi. 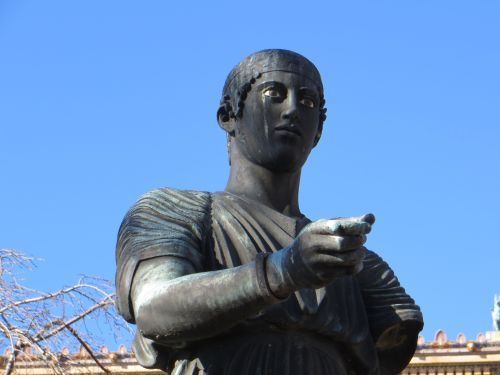 A close up photo of the replica of the Charioteer Statue that was gifted to the United States by the government of Greece on July 4, 1977. 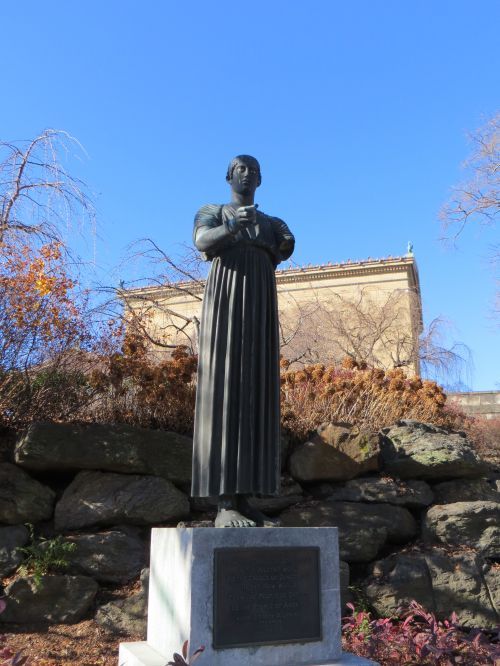 The photo above is a full view of the replica of the Charioteer statue which was gifted to the United States by the government of Greece on July 4, 1977. 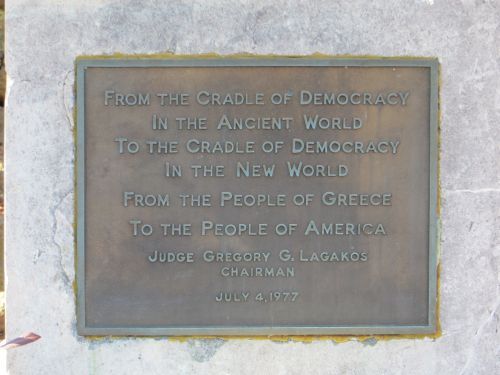 The photo above is a close-up of the plaque which is presented on the replica of the Charioteer Statue that was gifted to the United States by the government of Greece on July 4, 1977. The plaque states the following:

The oracles were the official messengers to the gods. The oracle at Delphi spoke on behalf of the gods, advising rulers, citizens, and philosophers on everything from their sex lives to affairs of state. An example of this can be seen in Anarcharsis Volume VI:

"The oracle had informed him that his death would be preceded by various signs."- Anarcharsis Volume VI Page 91.

The Oracle's powers to influence major governmental decisions was often abused. Many government officials often bribed these oracles to manipulate their predictions in favor of themselves.

Research has been done on the caverns by the Sanctuary of Apollo, where the Oracle made her predictions. As can be seen in the photo above, there were gases emitted in these caverns that created an eerie feeling within the area and also helped to place the Oracle in a trance. The New York Times reports that "It was scientifically proven that vapors of ethylene, a sweet-smelling gas once used as an anesthetic, was emitted from fissures near where the oracle was present. In small doses, this fume produces an aloof euphoria." (New York Times, article link below.)

Once the Oracle was placed in a trance by these gases, she would begin to mumble or speak words in an uncomprehensible language. These words would then be translated into comprehensible messages by priests who worked with the Oracle. As can be seen, the Oracle's power to influence the development of Greece was unimaginable. 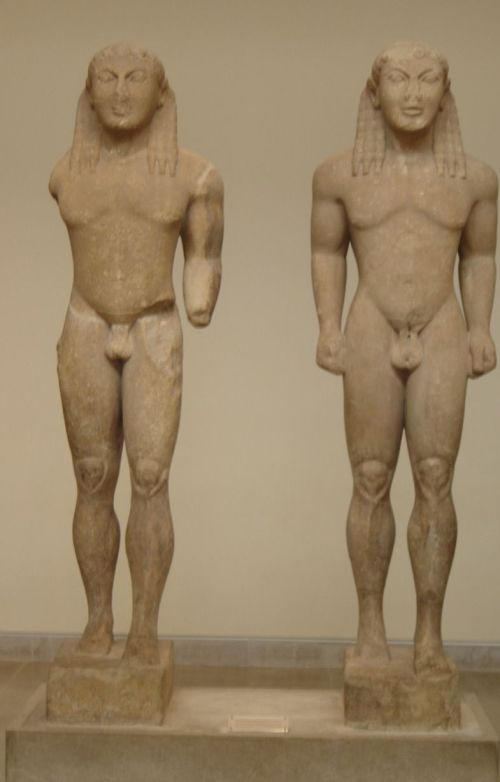 These Kouroi Sculptures were discovered in the ruins of the city of Delphi. The name Kouroi literally means "boy" in ancient greek. These statues are believed to portray the brothers known as Kleobis and Biton. The myth behind these two brothers is that their mother fell extremely ill. In order to bring her to the Temple of Hera, these two brothers harnessed themselves to a wagon in place of oxen. Together, these two brave boys pulled their mother's wagon all the way to the Temple of Hera. As a result of their heroic actions, these two boys became symbols of excellence in the world of Ancient Greece. After they finally arrived to the Temple of Hera, the two boys were sacrificed since death was the highest honor that could be brought upon one's family.

Sculptures, such as these Kouroi which were created during the Archaic Period of Ancient Greek history, are characterized by their archaic smile, a mysterious smile which hid the emotions of the individuals. They are also characterized by their segmented hair, and almond shaped eyes. During this early time in Greek history, much was not known about the human body and art techniques were still very early on in development. As a result, there is a lack of anatomical detail in these statues.

The Charioteer Statue of Delphi 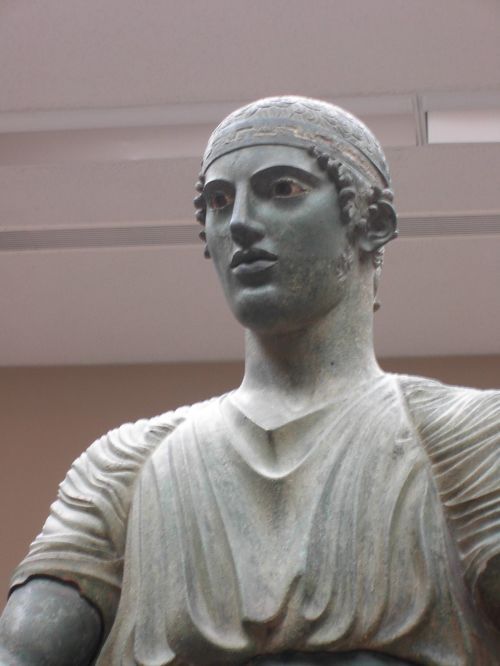 A statue of what is believed to be a charioteer was discovered during one of the excavations in Delphi. This statue was dated back to the Early Classical period ca. 478 BC - ca. 474 BC. The charioteer is believed to be part of a larger set, possibly including a wagon, and maybe even some horses. It is made of various materials including a bronze body, copper lips and eyelashes, silver teeth and headband, and onyx eyes.

The techniques used in the creation of this statue were very advanced for it's time. The statue was created in multiple pieces with each screwing into another. Its weight was evenly distributed, allowing it to stand freely, and the various materials used added an aspect of awe.