An overview of the sanctuaries present in the ancient Greek city of Delphi. 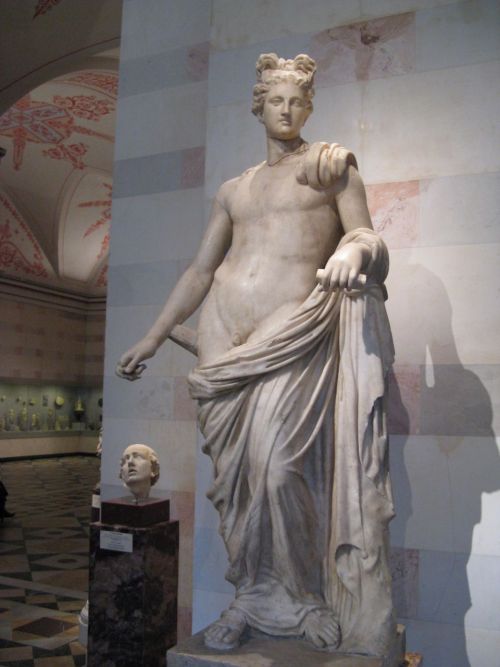 Statue of Apollo at the Hermitage- A copy of a Greek original. Image CC-BY-SA Yair Haklai, Wikimedia Commons. http://commons.wikimedia.org/wiki/File:Apollo-Hermitage.jpg 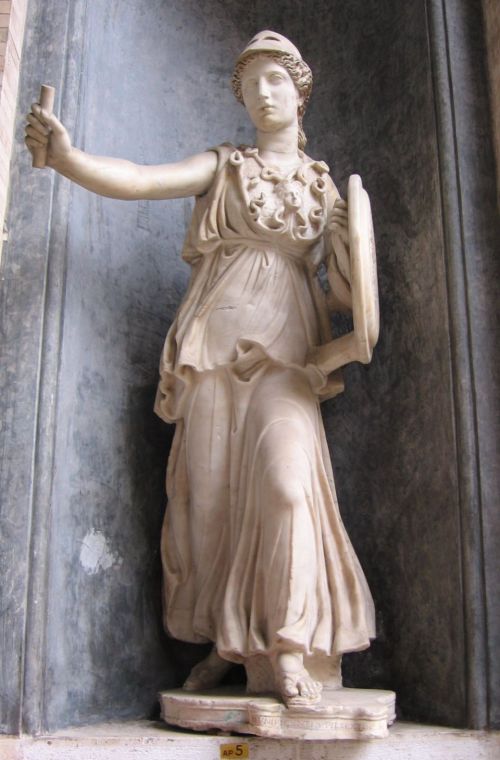 Statue of Athena located in The Vatican. Notice the shield, her mask, and what appears to be the hilt of a sword in her hand. Since Athena is the goddess of warfare, she is usuallly presented with these items. Image from the public domain, Wikimedia Commons.

The Sanctuary of Apollo at Delphi 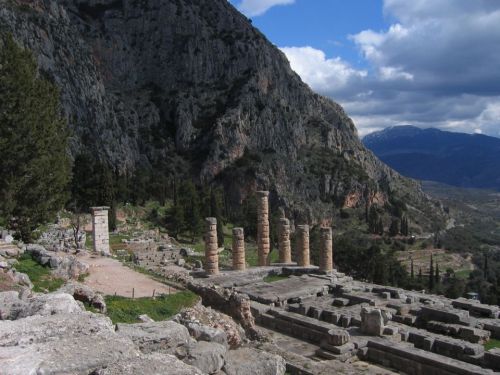 The city of Delphi was dedicated to the God Apollo, pictured to the left. This sanctuary was the home of the Oracle of Apollo. Located on the mountainsides of Delphi, the landscape created the perfect setting  for the sanctuary. The humid climate of the city, often created an eerie fog which covered the sanctuary and all of its surroundings.

The land upon which the temple was built, once belonged to the Phocians. Anarcharsis describes this in his writings:

Phocians had legitimate claims, not only to the lands which it had been made a crime in them to cultivate, but to the temple of Delphi itself."- Anarcharsis Volume V page 83.

The Sanctuary of Athena Pronaia

The Sanctuary of Athena Pronaia is located at the forefront of the entrance to the Sanctuary of Apollo at Delphi. This sanctuary is dedicated to the goddess Athena (pictured above), goddess of wisdom, courage, inspiration, civilization, law and justice, strategic warfare, mathematics, strength, strategy, the arts, crafts, and skill.

The name of the Sanctuary, Athena Pronaia, can be broken up into two portions. The first is Athena, which, as mentioned prior, comes from the name of the Greek goddess. The second portion of the name is Pronaia which, is Greek for "before the temple." Thus, the name literally means "Athena before the Temple."

The location of the temple is also important. Athena, being the goddess of warfare was given the task of protecting the area which was dedicated to her half-brother, Apollo. A myth regarding this Sanctuary developed during the time when the Persians were invading Greece. It is believed that the Persians attempted to pillage the Greek city of Delphi; however, as the Persian army approached the Athena Pronaia Sanctuary, an earthquake occurred. This earthquake was believed to have been sent by the goddess Athena in an attempt to prevent the looting and destruction of her half-brother's temple and city.